Xbox One terms of service, what rights do you have as a paying customer?

Off the top of my head, I cannot think of any website where I have actually stringently (or even non-stringently, lets be honest here), read the Terms and Services or the End User License Agreement. Does this make me lazy, or stupid? Or does it even matter what you’re agreeing to?

So lets do a quick break down of just a few of the things you are agreeing to when you sign up for an Xbox Live account.

Firstly, in a long list of things you are not allowed to do with your Xbox LIVE account is “sell, assign, or otherwise transfer your account to another person” (Couts, 2013). Despite the fact that you pay for the ongoing use of Xbox Live services, this also means that you cannot share your password with another user. According to Xbox LIVE’s Code of Conduct, acts that lead to the immediate and permanent suspension of your account include “buying, selling, or theft of Gamertags or accounts” and “profile tampering”. More seriously is the threat of legal action if you attempt to hack or mod your Xbox One console. This includes unauthorised repairs, downloads or upgrades, and attempting to run unauthorised software on your console violates the Digital Millenium Copyright Act.

In regards to privacy, Microsoft has a few ambiguous things to say. My personal favourite is under the heading Information We Collect, where it says “Microsoft collects many kinds of information”, and more or less leaves it at that. Informative. Apart from that, we really don’t know what information they collect, how and where it is stored, or what it is used for.

This entry was posted in BCM112, Uni work and tagged bcm112, convergence, kinect, microsoft, privacy, terms of use, xbox, xbox one.

Semiotics in lube ads – are we scared of sex?

The purpose of this video, starting with the clothes strewn on the floor and the rhythmically creaking bed, is to make the viewer automatically assume the couple are having sex. As the camera pans, you see he is giving her a massage. He then (with his partners suggestion) uses the lube to silence the creaking bed, and continues the massage.

The denotations in this ad are fairly simple and in my opinion, completely harmless. Since when has giving your partner a massage been deemed to be highly offensive to be aired in the same time slot as a show which has been criticised for its its portrayal of just about everything?

It seems absolutely bizarre to me that we can live in a society where the violent, sexist, offensive jokes of Family Guy can be taken as a norm, but a 30 second advertisement that shows a normal, healthy and apparently loving relationship with a normal sex life and foreplay can be considered more offensive and worthy of complaint.

I can describe an axe entering a human skull in great explicit detail and no one will blink twice at it. I provide a similar description, just as detailed, of a penis entering a vagina, and I get letters about it and people swearing off.

Disclaimer: Not to be taken as anti-Family Guy, I do love its crude jokes.

George R.R. Martin breaks it down for you about sex and violence in entertainment. 2014. [ONLINE] Available at:http://io9.com/5929401/george-rr-martin-breaks-it-down-for-you-about-sex-and-violence-in-entertainment. [Accessed 25 March 2014].

Storm rolling over Spotless Stadium on the weekend.

On May 21st, 2013, Microsoft announced its next-gen console: Xbox One. Set for a November 22nd release (which was conveniently my 21st birthday, and although numerous hints were dropped, I did not receive one…). It was plagued with backlash and issues as soon as it was announced, causing Microsoft to do a backflip on some features.

Originally announced, Xbox One users would have had to connect it to the internet at least once every 24 hours in order for it to work. They would also not be able to lend or trade games. Many gamers, including long time Microsoft lovers, publicly declared on various social media platforms (including in meme form, and with the flattering nickname, the XBone) that they would not buy an Xbox One.

As a result of this backlash, Microsoft attempted to listen to the public, and announced a repeal of some of these features in June, 2013.

Another more serious concern about the Xbox One was the use of its Kinect sensor. Unlike the 360, where it was an add on, you cannot use an Xbox One without a Kinect sensor. Concerns were raised over whether the NSA (National Security Agency) could be watching what you do through your Kinect camera, which is always on. If so, could someone be watching our “no pants Friday” gaming sessions? Is Big Brother actually watching us? Microsoft says no, however that could mean little in the future.

Controversy aside, Xbox One was marketed as an all-in-one entertainment system, allowing users to play games, access the internet, listen to music, use Skype, and watch live TV, as well as snapping these features next to your game, so you “never have to stop playing”. Some embraced the idea of this ultimate entertainment console, while others thought it redundant. Why do you need to watch TV on your Xbox, when you could watch TV on the TV your Xbox is plugged into? 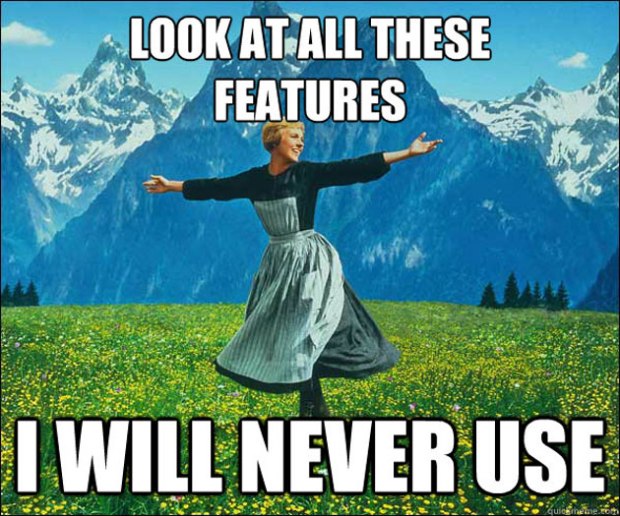 To me, the Xbox One is one of the best examples of technological convergence and all of the issues (technologically and socially) that come with it. It is a console that is much more expansive than what I can convey to readers in 300 words. From important–and somewhat scary–issues such as the possible Kinect surveillance issues, to more light-hearted issues, such as Australian accents not being recognised with Kinect’s voice control, the Xbox One really captures movement from a gaming console to an entertainment console.

As a self confessed and somewhat biased Xbox fan, I leave you with this:

What is the media being blamed for, and is it justified?

“It’s a campaign of fear and consumption”

In an increasingly media saturated world, more and more people look towards the media to explain and blame for problems in our society.

American musician Marilyn Manson told interviewer Larry King that “I think I’ve been blamed for about 36 school shootings” (2013). Most infamously, he was blamed for the Columbine school shootings in April of 1999. In an article written for Rolling Stone in June 1999, 2 months after the shootings, Manson instead turns the blame on mainstream news and media (Manson 1999). He blames news media for both immortalising the shooters and turning them into celebrities, as well as treating this tragedy in a commercialised way – “not missing a teardrop, interviewing the parents of dead children, televising the funerals”. He believes that this was not out of the intent to accurately represent news, but this was a way of getting the more controversial story to get ratings.

Manson wrote that “Times have not become more violent. They have just become more televised.” I believe this is true, as looking through history you can find a plethora of instances of violence as entertainment, from Gladiators fighting (usually to the death) in front of spectators (Cartwright 2012), to public executions in any number of countries.

More recently, we have the examples of violent video games being blamed for violent crimes, especially in children. In August 2013, an 8 year old boy shot and killed his 87 year old grandmother, Marie Smothers, after playing Grand Theft Auto IV (Krawczyk 2013). While many believe this game inspired the murder, I believe it is being looked at from the wrong perspective. The question should not be “Why do we allow these games in society?” but should be “Why was an 8 year old being allowed to play an R18 rated game?”, and more importantly, “Why did an 8 year old have access to a loaded gun?”.

It is this reactive standpoint of society that is blaming all the wrong things. With Columbine, it was not simply the music they listened to, it was a complicated mix of unaddressed mental health issues, and access to guns. With Marie Smothers, it was unattended parenting, and access to guns. Modern media should not be blamed for such complex issues with a blanket excuse.

Went to the tattoo expo in Sydney yesterday

Had a lot of fun, saw a lot of cool tattoos, and some not-so-great ones. Saw a guy getting an enormous back piece portrait of Jesus. Each to their own, I guess…

Met this guy, who was nice enough to let me take some photos of him:

There was an error retrieving images from Instagram. An attempt will be remade in a few minutes.